The long and tall of it

The long and tall of it

When we launched PJ Pan we were determined to make comfortable pyjamas that fitted properly and that's why we avoided the option of just making three variations along the lines of small, medium and large. We started with five women's sizes ranging from an 8 to an 18 and a year later began offering numerous styles in a longer leg. The men's collection was then introduced in two leg lengths and following that we decided to introduce a third and even longer leg option on some of the women's styles.

When we first introduced the longer length pyjamas we promoted them as exactly that, 'long'. The product was welcomed by taller customers but we received loads of feedback from people who didn't like to be considered 'long'.

It proved the source of much debate and we dealt with conundrums such as why people are described as 'tall' and mountains are considered 'high'. We also consulted customers who generally took the view that that hair is long, not people.  On this basis we reckoned 'tall people' should wear 'long pyjamas'.  However it seemed that our taller customers didn't wish to be pigeon-holed as long, so we decided to re-label our longer pyjamas as 'tall', which seemed to work well.

The next challenge came about when we decided to offer an even longer length pyjama set. Very similar questions arose, should we now call these double tall, tall long, extra tall or something completely different?

We wanted to be as tactful as possible but we also needed to be clear so our customers could easily identify between different lengths. Ultimately we concluded that our three lengths would be Regular, Tall and Extra Tall.

For some time we worried that 'extra tall' would be an unpopular term to describe pyjamas but sales have spoken volumes. As one of our 5'18” customers put it, “As far as I'm concerned you could call them beanpole – I'm just thrilled you sell pjs that fit me”. 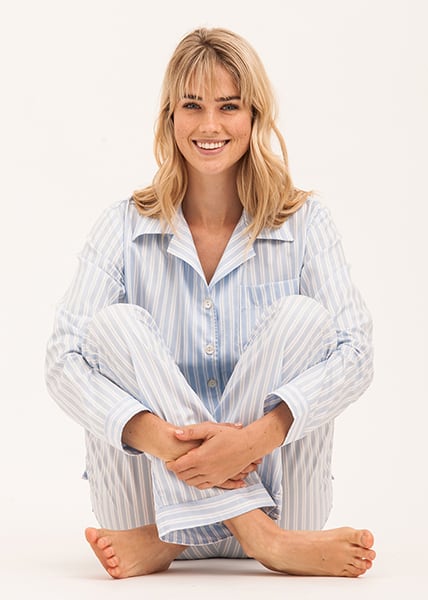